Global head of collections at Soho House, art historian, arts broadcaster and writer Kate Bryan, tells us about her not so easy journey into the art world, buying her first artwork and what she’s learnt during lockdown.

Where are you from and what was your upbringing like? How has this impacted your work?

My family lived in Bracknell when I was born, a pretty unappealing new town! I grew up in a really loving home without much privilege, went to a local comp school and didn’t know anything about the art world. I did however make art almost every day as a kid and so you can imagine I nearly wet myself when I went to the Tate Gallery on a school trip. This was my only encounter with real art until my parents took me to see the Monet Exhibition at The Royal Academy for the 17th birthday. This changed my life as I realised I could study art history, something I had never heard of. I never looked back. It was only once I started working in my twenties (my first job was doing the filing and making coffee for the Director of the British Museum) that I realised it was quite unusual for someone from a non-privileged background to get into the artworld. Ever since then I have been very mindful to try to leave the door open for other people from all walks of life to be able to come into this space, which has for too long been elitist and a bit of an echo chamber. I really feel change is picking up speed in the past few years though.

Curating I suppose. I have always found a way to speak and learn about art. At the British Museum I got an incredible job to work on the Michelangelo Drawings exhibition as an assistant in 2006. I would lecture every lunchtime to about 300 people and it gave me a great confidence to speak about art. I have not really shut up since.  The BM was an amazing first place to work, there were so many people there that gave me confidence to expect more, to think more laterally, to be a sponge and learn all the time. After that I did my MPHil in Hong Kong and that’s when I fell for contemporary art, as I started directing a small contemporary art gallery showing international art there. Working with living artists was a revelation. I was also writing lots of exhibition reviews at the time so absorbing a lot of Asian art at a time when the world was really paying attention to it. TV happened when I got back to the UK in 2013. I was the youngest Director of the Fine Art Society in its 120 year history and one of a very few women and so when TV producers were looking for female voices in a very male space I guess I was easy to find.

Instagram is a thief of time but I don't know what I would do without it.

What has been the highlight of your career so far?

I have been lucky to have some really special moments that I am proud of. I thought I had peaked working on the Michelangelo Drawings exhibition aged 24 as he is a hero of mine and those shows are once in a lifetime as the works are so fragile. But then I got to curate a collection for The Ned London where I inverted the FTSE 100 CEO gender ratio acquiring the work of 93 women artists and just 7 men to highlight the gender imbalance in the city and the artworld beyond. Every great artist said yes, from Lubaina Himid to Tracey Emin to Jenny Holzer and lots of them came to the opening night. It felt like such an electric moment to have the whole art world descend upon the city of London to see the work of all these women artists hanging permanently in one space. I remember standing at the bar with Maria Balshaw who had just been appointed Director of the Tate and Rachel Whiteread and thinking, “remember this moment forever.”

If there was one thing you could change about the art world for the better what would it be?

More inclusion, less elitism, less patriarchal and financial control. More time to stop and appreciate art. More celebration of local art and less fetishisation of the white male giants or old masters. There is plenty of space for everyone, the art world has to reflect the diversity of the real world.

Tell us something few people know about you?

I have a tramp stamp and used to work in a bingo hall where I was friendly with Bob Gervais, hilarious older brother of Ricky

Do you have a preferred art form i.e. painting, photography or sculpture?

Love it all. Probably most easily seduced by big paintings.

What are the three main things you look for in a piece of art?

A distinct, strong point of view, a socially motivated practice and anything that converses with art history at large, I am sucker for that.

What do you believe makes a work ‘collectible’?

Whatever makes someone want to own it and covet it.  It has to come from a gut feeling, an intrinsic motivation. That’s what makes real collectors stand out from speculators. They cannot help themselves regardless of market significance.

What do you look for when you’re curating large private spaces such as Soho House?

Great stories, artists who can benefit from our support and community. We are also very focussed on working with artists local to each house. Hong Kong House is a collection which is 100% comprised of artists born or based in HK which at this point makes it completely unique in a city which is usually showcasing Western artists trying or mainland Chinese artists.

What’s the first artwork you ever bought and how did you feel?

Technically my husband bought it (since he was the one drinking and feeling punchy about spending the modest amount of money he had saved!) but it was a Paul Davies painting from an exhibition I had curated in Hong Kong. He is an Australian artist who looks at the relationship between the built and natural world and has a passion for modernist architecture. It is still a prized possession and Paul has gone on to be a great artist based in LA and we are old friends now.

Are you a safe person? Then buy safe art. If not buy something that speaks of who you are, what you stand for, what you believe in. Never buy anything that looks good with your sofa.

What advice would you give to someone looking to buy their first piece of art?

Think about what is going to excite you long term. Are you a safe person? Then buy safe art. If not buy something that speaks of who you are, what you stand for, what you believe in. Never buy anything that looks good with your sofa.

What have you learnt during lockdown?

We don’t need to get on planes so much, I have had excellent studio visits with technology. Key workers need year-round applause. There is no such thing as a zoom party, it’s just people talking over each other. I need to see art in the flesh or I feel a bit lopsided. We should be fighting hard to make the planet a better place. No one can do everything but everyone can do something. Instagram is a thief of time but I don’t know what I would do without it. 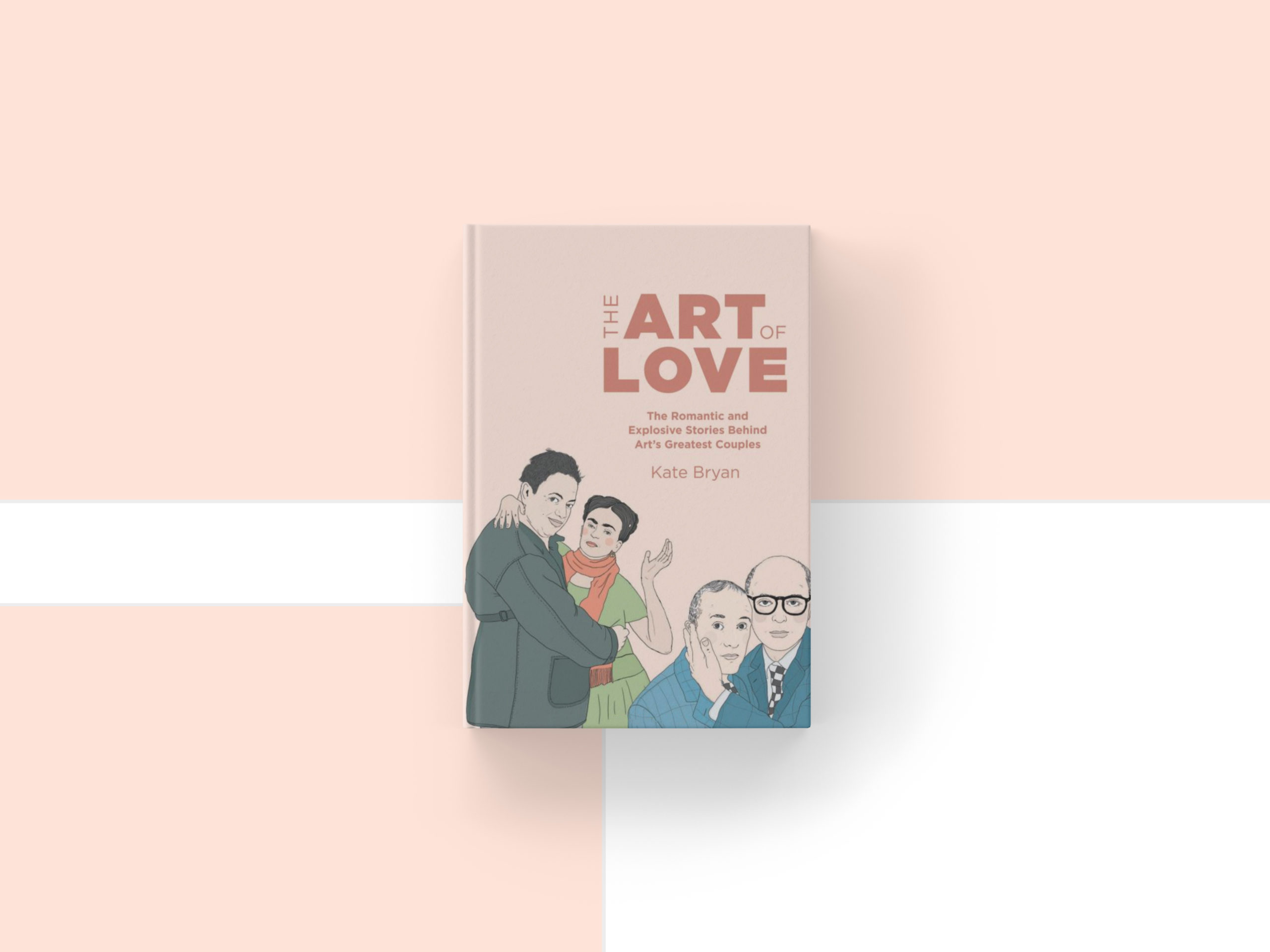 Kate Bryan, The Art of Love 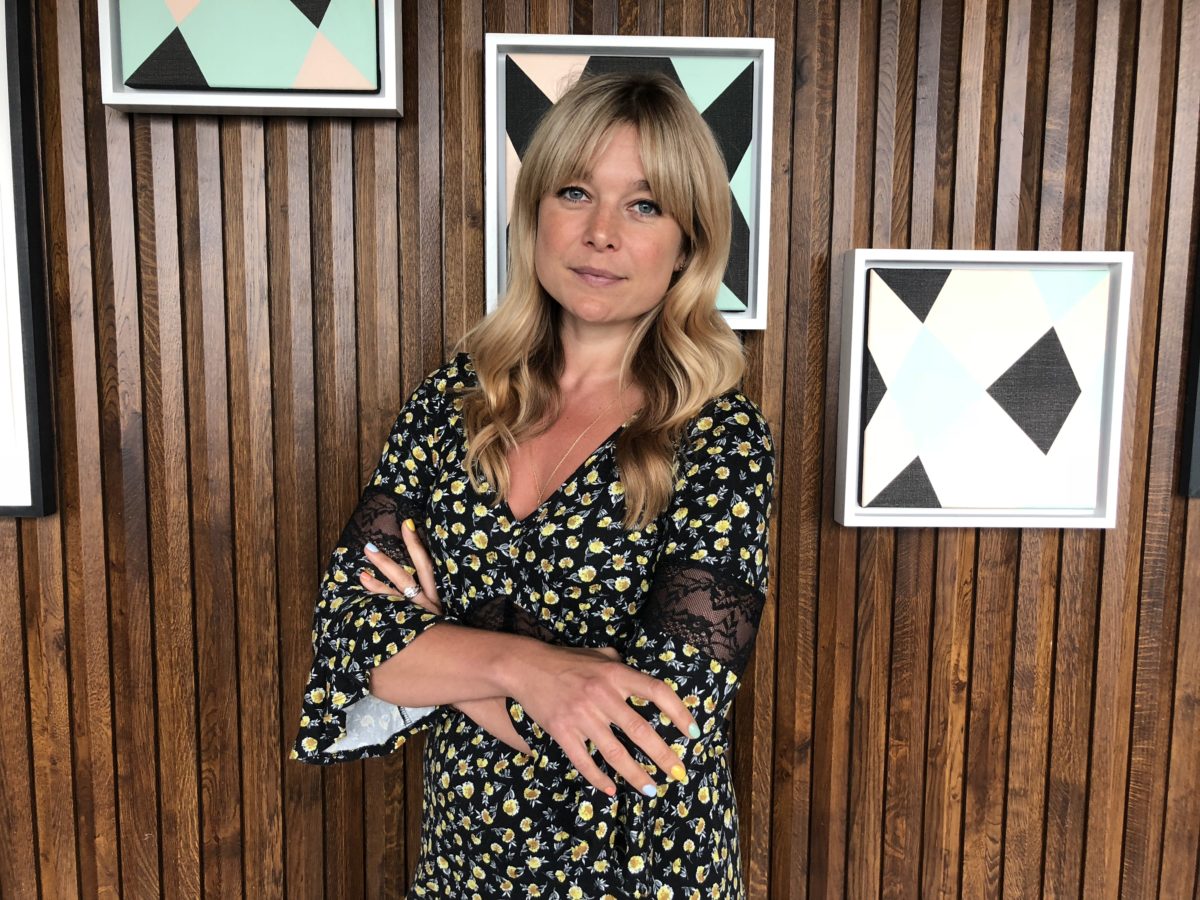