In the Studio with Louise Dee

In the studio with Louise Dee, an English-born, Vancouver-based, emerging artist who paints figurative abstractions and fictional portraits that explore the concept of Home as a space where stories are told, identity is shaped and where we learn to become ourselves. We met with Louise to tell us more about growing up in Cheshire, her greatest influences, and unexpected sources of inspiration.

I spent a lot of time drawing as a child and most of my spare time during high school in the art studios but I didn’t start seeing myself as an artist until later when I decided to go back to school and study for my BFA. I don’t think you need any qualifications to be an artist but it was something that helped me.

I grew up in Cheshire, England in a fairly rural area. My parents didn’t consider themselves artists but they were both creative so I learned a lot about making things from being around them. I also read and listened to a lot of stories as a child and had a big imagination so that informed my early thinking about myself and the way I understood the world and I think it still feeds into my work…

I have always been interested in the work of Joseph Campbell JC and his message to ‘follow your bliss’ After working for several years as a physiotherapist I realized it wasn’t something i wanted to do for my whole life. I think that committing to going back to school and learning some art history and critical and cultural theory was pivotal in putting me on track towards a creative path. Developing a dedicated practice took me a while. I was inspired by  the advice of art critic Jerry Saltz in his book ‘How to be an Artist’ and also by the book ‘The War on Art’ by Steven Pressfield.

In some ways I am still figuring out what some aspects of the work is about. It is definitely based on personal enquiry, I am curious about the idea of Home and what it means to be home. I am also curious how personal identity is expressed in group situations.  The ideas and stories that go towards creating identities, the ways certain identities can connect us to others but can also create divisions and how easy it is to be asleep to what drives behavior. 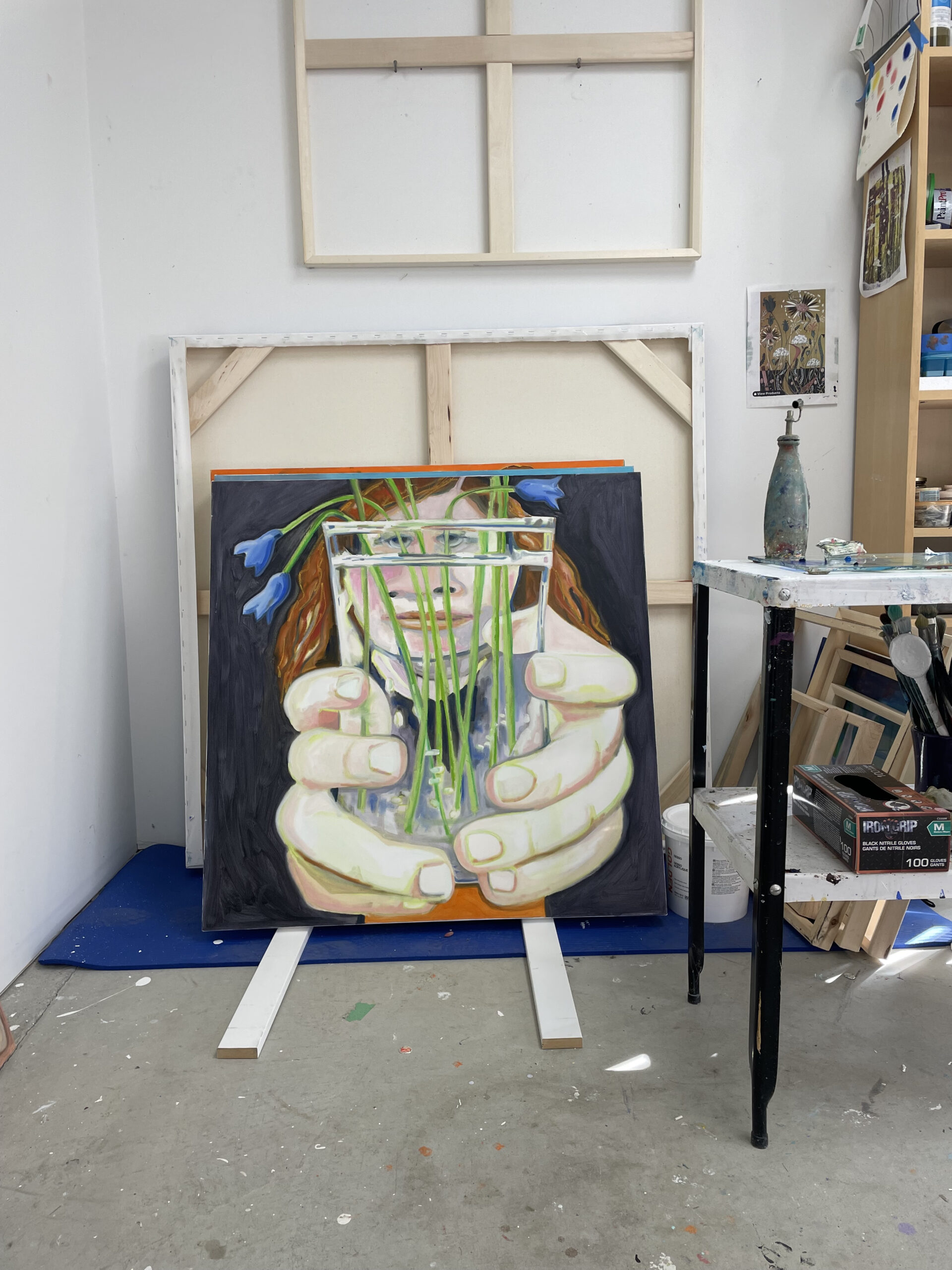 The artist Phillip Guston is a big influence on me. I find his return to figuration at the end of his career and life fascinating. I am interested in his paintings for their style, subject and palette. I find that these cartoon-like paintings are very challenging and impactful.

In 2018 I went to a retrospective  exhibition at the Barbican in London on the work of  Lee Krasner. As part of the exhibit there was a video recording of an interview made with her discussing a series she made called The night paintings. This work was made soon after the death of both her mother and husband.

The interviewer asked Krasner how she could still paint in the face of so much loss. She replied “ Art is not separate from life, they are one. I choose life and so I paint”. I found this a very life affirming statement that stuck with me, I find it both motivating and inspiring. 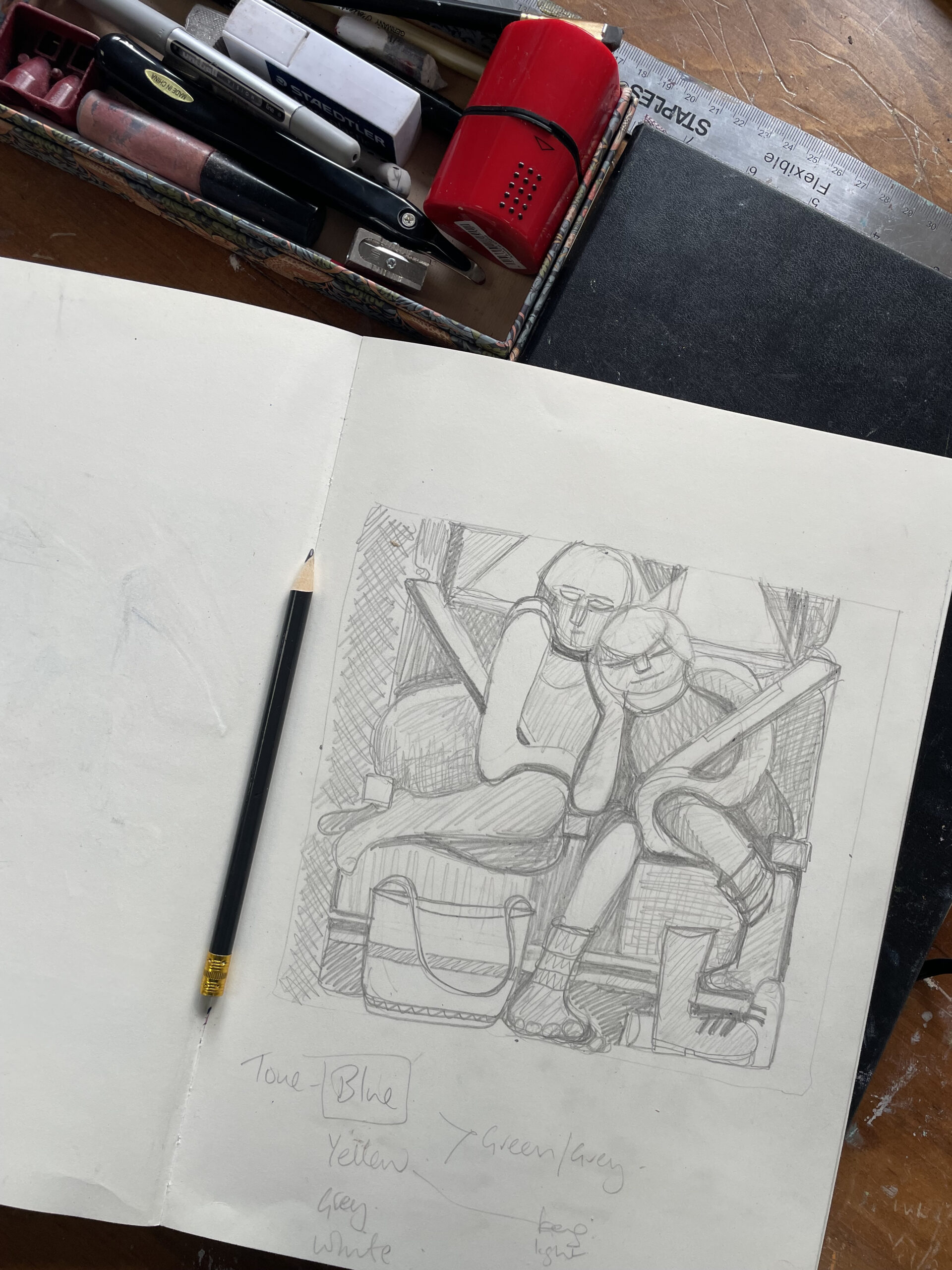 I don’t consciously think of the audience when I am working but I do want people to be able to relate to the work and to have some kind of a response to it. One comment I get is that the work is whimsical. I like that because there is so much negativity in the world at the moment  I think humor and levity are important.

The start of the pandemic definitely affected the direction of my work. When social distancing mandates and limits on gathering came into effect I started making a series called Public pool. In it I was considering the idea of human connectedness and belonging and the opposite of that, isolation and exclusion. I am curious about the ways people relate to each other and connect. The paintings ‘Sleeping with strangers’ and  the ‘Public Pool’ series both explore human behavior in public gathering spaces (leisure time, travel to a destination) . I am curious about the ways people connect and  interact in public spaces where expectations and identities loosely dictate expectations and behavior. I like to think my  work is always evolving and changing, particularly conceptually it feels like   a bit of a distillation process. 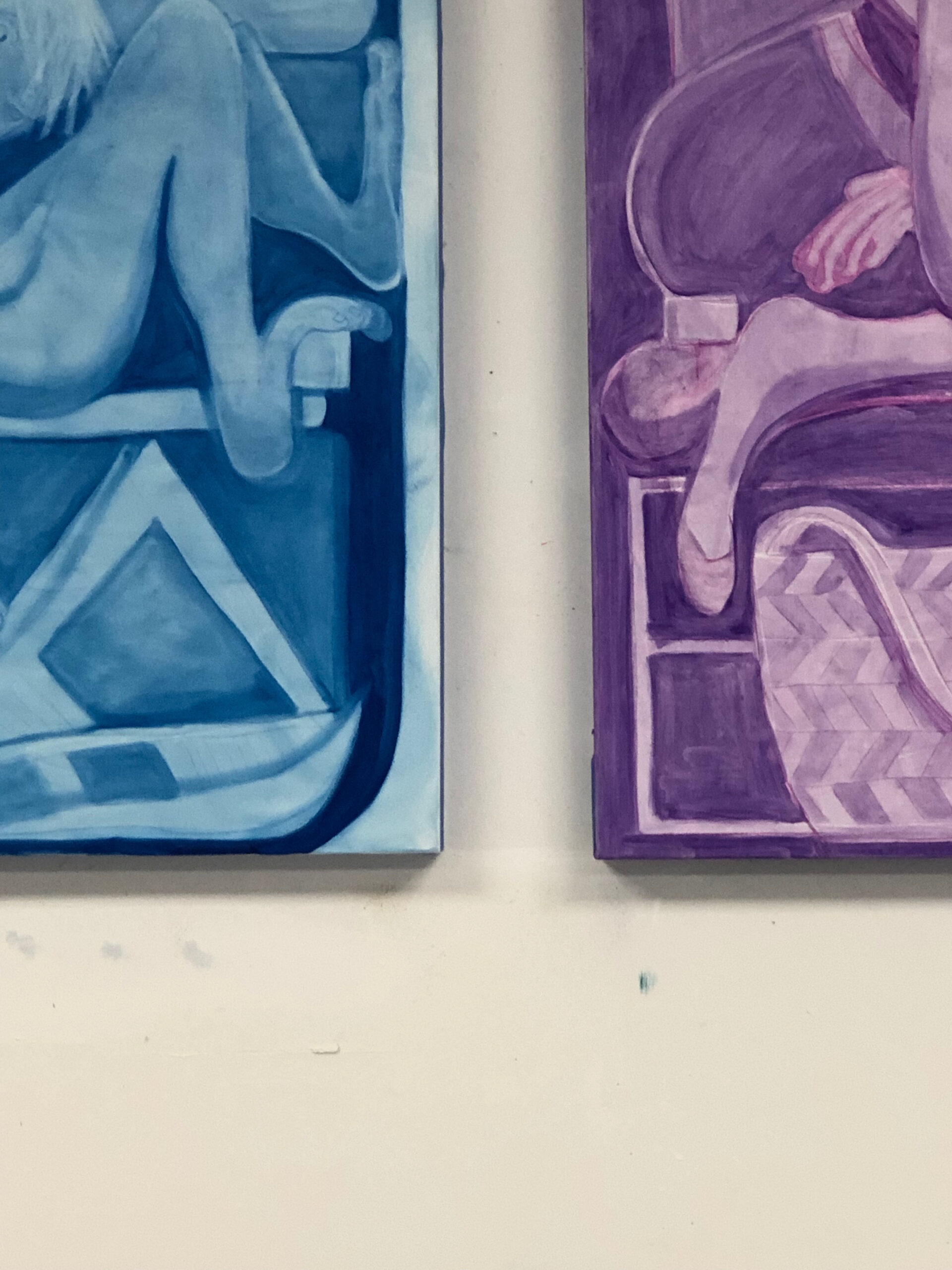 I don’t really believe that successful work comes from a certain set of conditions, I think successful  paintings often come from all the not so good paintings made prior. That said some paintings do come together more quickly and easily than others. Sometimes it does feel like ‘the stars align’ and everything flows but I don’t really know what the catalyst is there.

‘Bluebells for Mum’ is based on a memory of being a young child and going to the woods and collecting armfuls of bluebells and bringing them home as a gift for my mum. I remember being  really excited to give them to her. My mum was a big influence in my early life, and a significant role model. Her influence definitely affected my sense of identity.

I am going back to school in Sept to do an MFA. I hope to further explore the ways certain narratives that I grew up with affected my sense of identity and perception of the world, and I hope to discover new ways to talk about that visually. 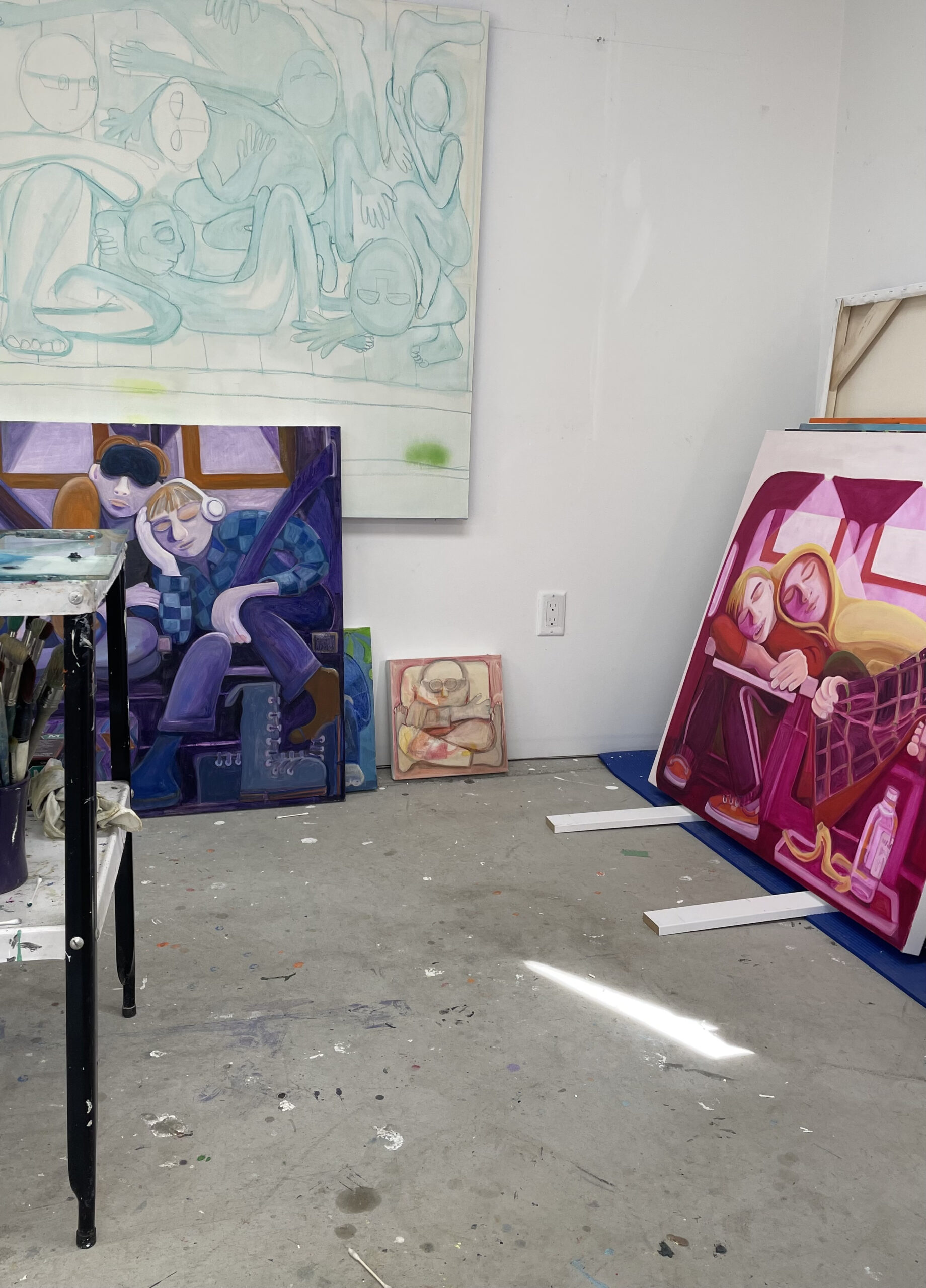