In the Studio with Eleanor Wang

Eleanor Wang explores content generated from everyday behaviours and routine, depicted through themes of repetition and categorisation of imagery. We met with Eleanor to tell us more about the inspirations behind her works, growing up in London, and events that have mobilized change in her practice.

Starting an art foundation was a pivotal moment because it was the first time that I could spend all day, every day making and thinking in my own studio space. I couldn’t believe it! I think that’s when I began to feel like I was becoming an artist. 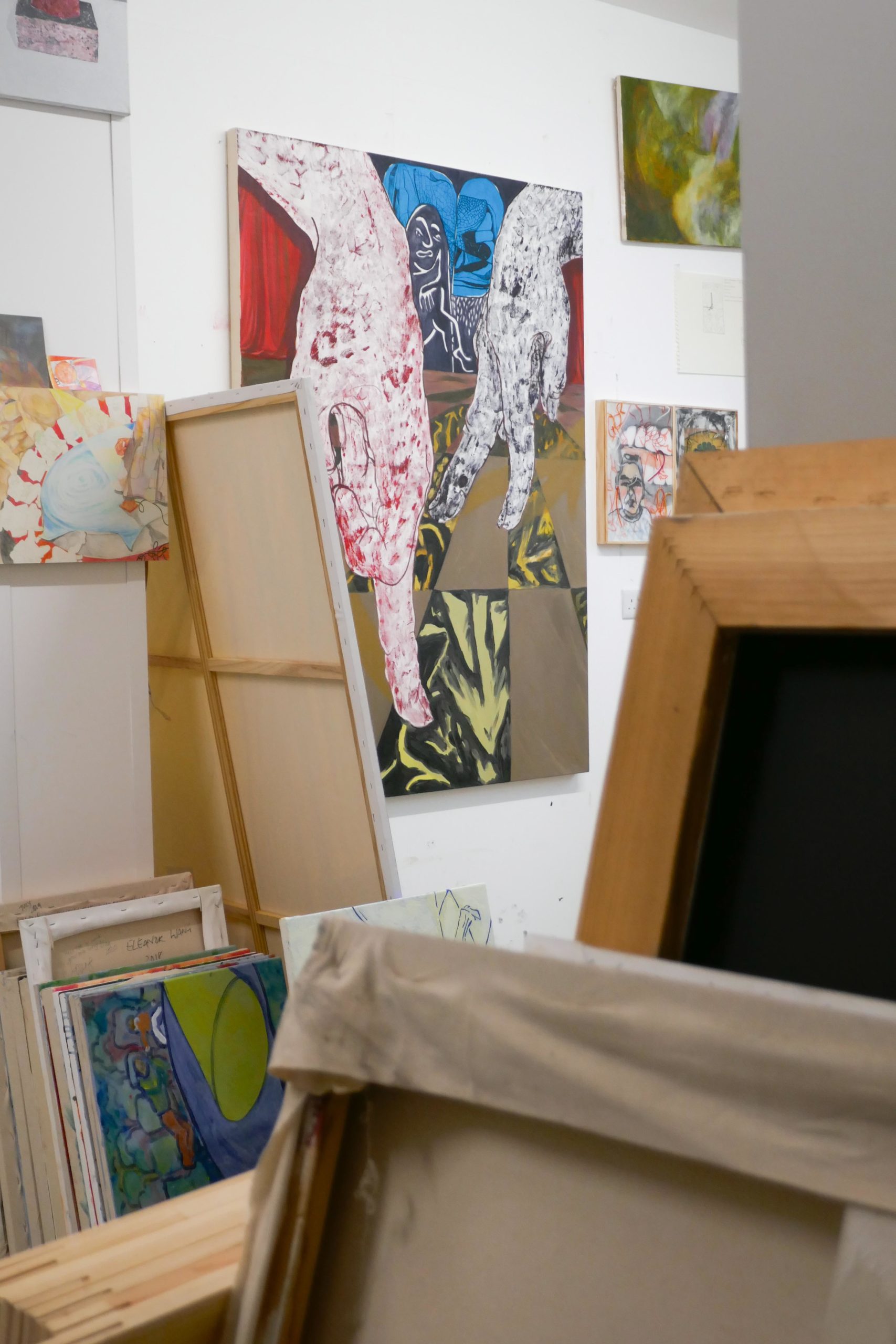 Where are you from and what was your upbringing like? How has this impacted your work?

I was born and grew up in London as the middle of three sisters and I really appreciate how much we have in common. There are musicians and artists on both sides of my family so there is definitely a feeling of mutual support. My dad trained as a violinist and so growing up, my sisters and I spent a lot of our time playing music. The performance and routine involved in playing instruments really taught me self-discipline which I think is really important in painting. It’s inspired me to make work that references the personality of performance. We lived in Chengdu, China until I was four and have always spent time between China and the UK. Seeing how my parents have embedded their lives in both places ever since they met has encouraged me to do the same and I’m very grateful for that! 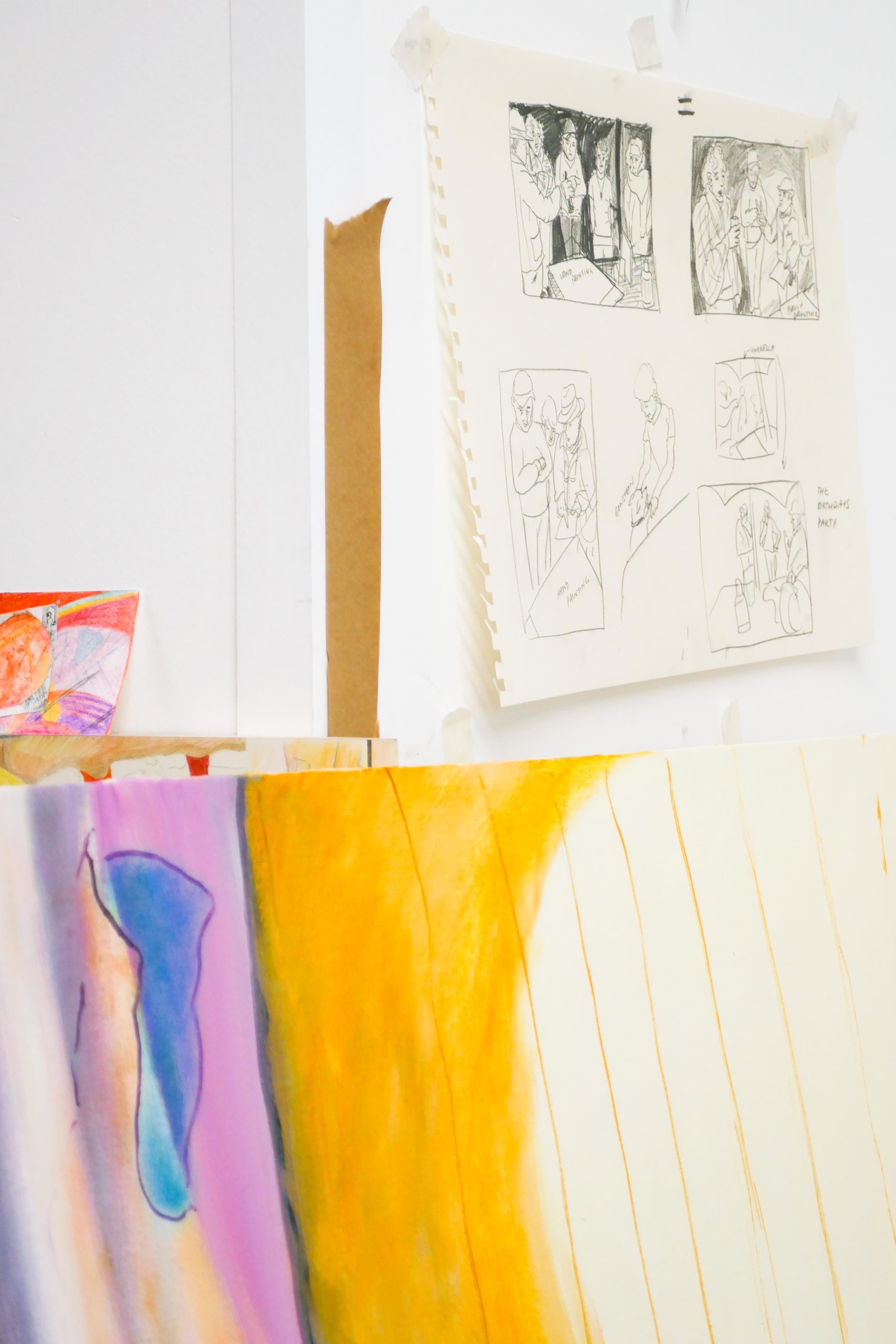 Paint us a picture of your artistic journey.

It started with trying to copy everything my older sister did. She used to draw games for us which were a bit like an analogue version of creating the people at the start of the Sims. I would choose which hair, top, bottoms, shoes and accessories I wanted from the options she drew and then she would piece them into the final character. I remember when I ‘graduated’ so I could also do the drawing part of the game, I felt so smug –  like I’d made it in the world. Starting my BA at the Slade was a similar moment of awe. When I realised that I was going to spend four years amongst all these people, making and talking, and that I was going to get to continue doing that when I left, I was ecstatic! 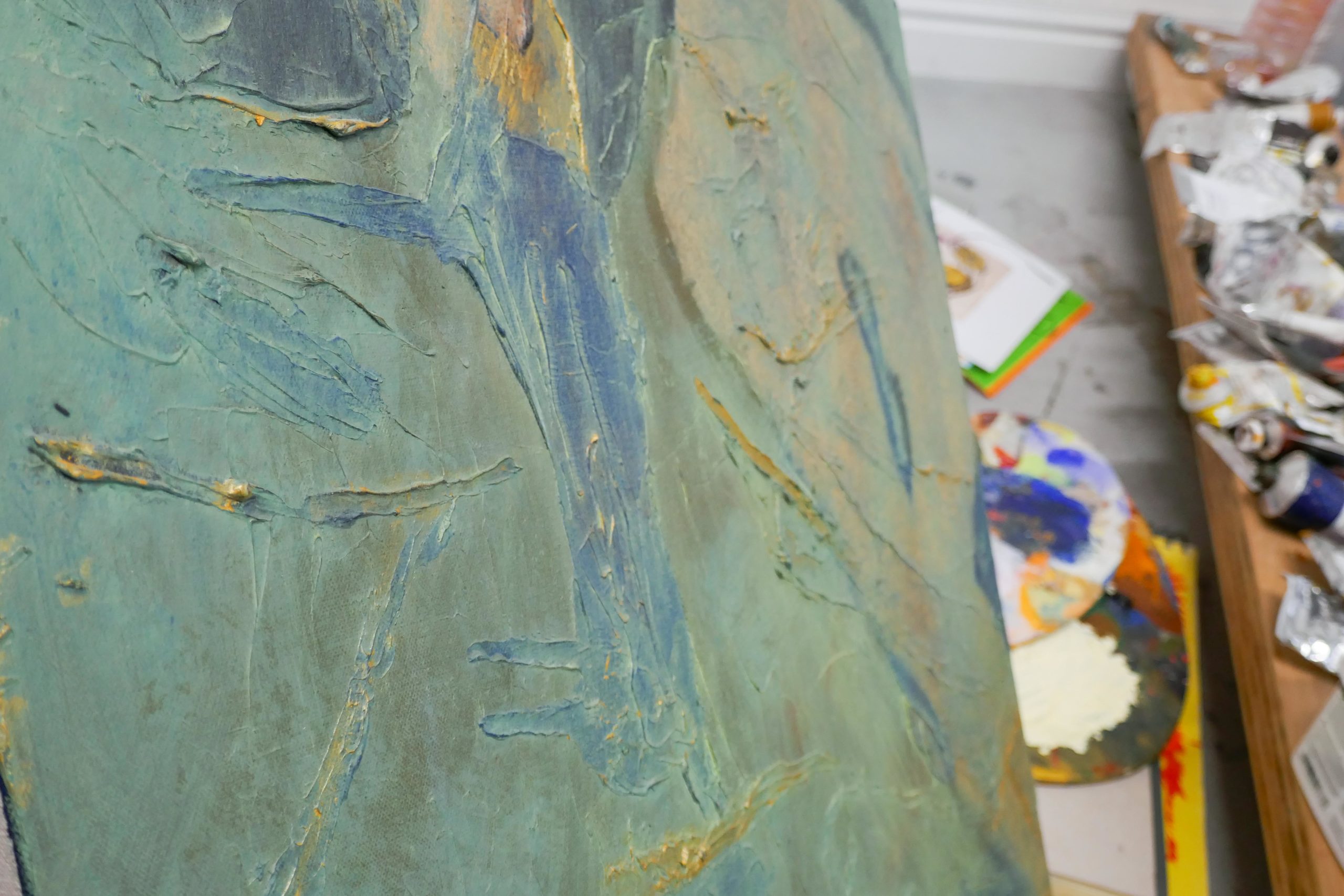 What’s the message of your work?

Something I always catch myself doing is analysing behaviours, mannerisms and routines. When I notice something funny, or something makes me feel a particular way, I make a mental note of them. Then that thing gets repeated or categorised through how I tell other people about it, and that’s sort of how I process it. Sometimes it just exists as a funny thought but often it’s how I start a painting. I like to think that making a painting of one of these experiences is a bit like making an official portrait of it. It’s quite a big deal! It’s like they’re not backstage in my head anymore, they’re in the spotlight, grinning (or grimacing). I like to overlap things like how similes or metaphors do, so regularly there will be repeated elements in the paintings; but at the same time, I try and make paintings that don’t look like each other. You could think of it like, the paintings are all performing in the same production, but they’ve got different costumes on. 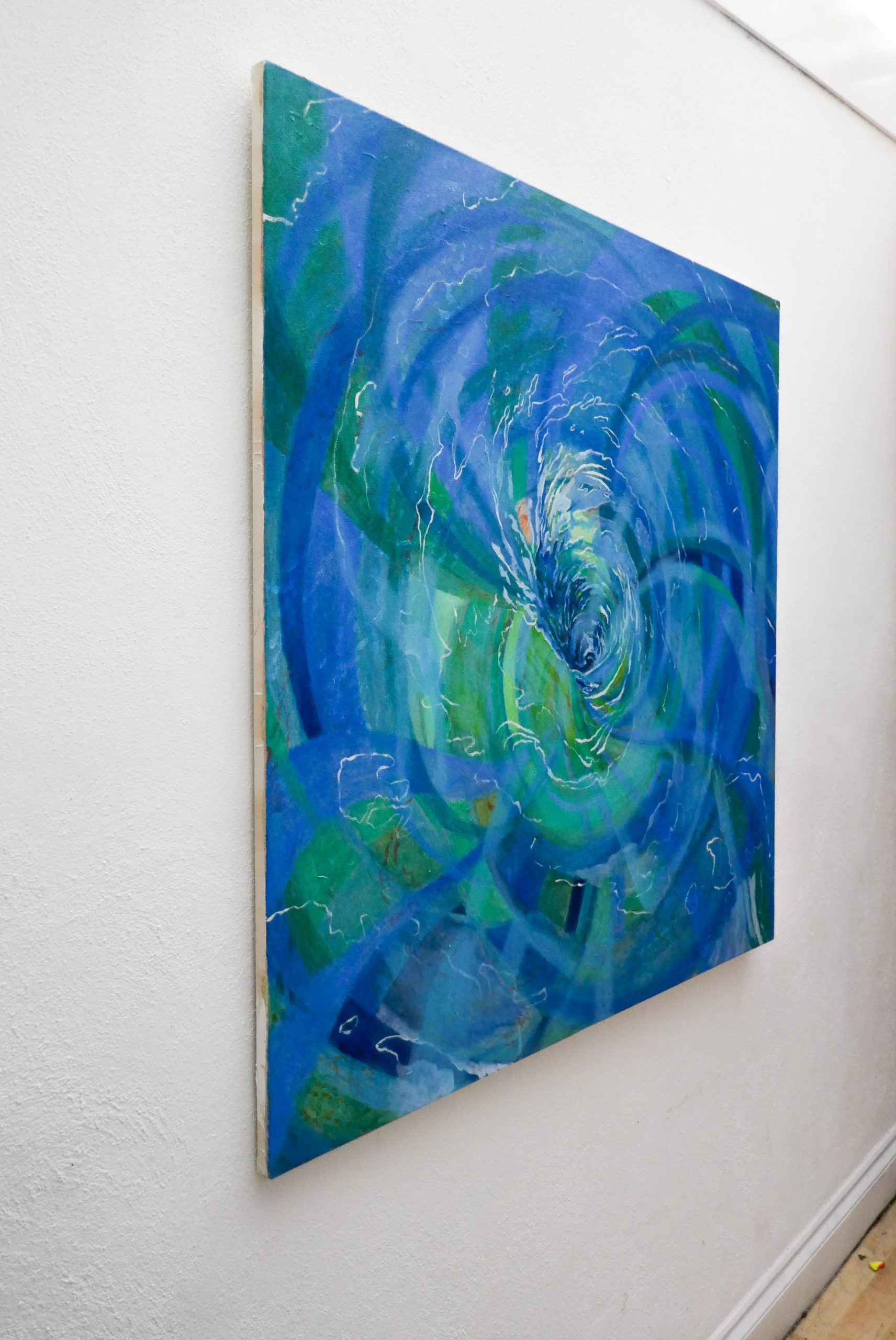 Who and what are your greatest influences?

Things that happen every day. So, in a way everything, but that’s so vague. I think feelings are my greatest influence. They’re either really physical or they make you do physical things. You know when something hurts your feelings and your heart actually HURTS – isn’t that so creepy. 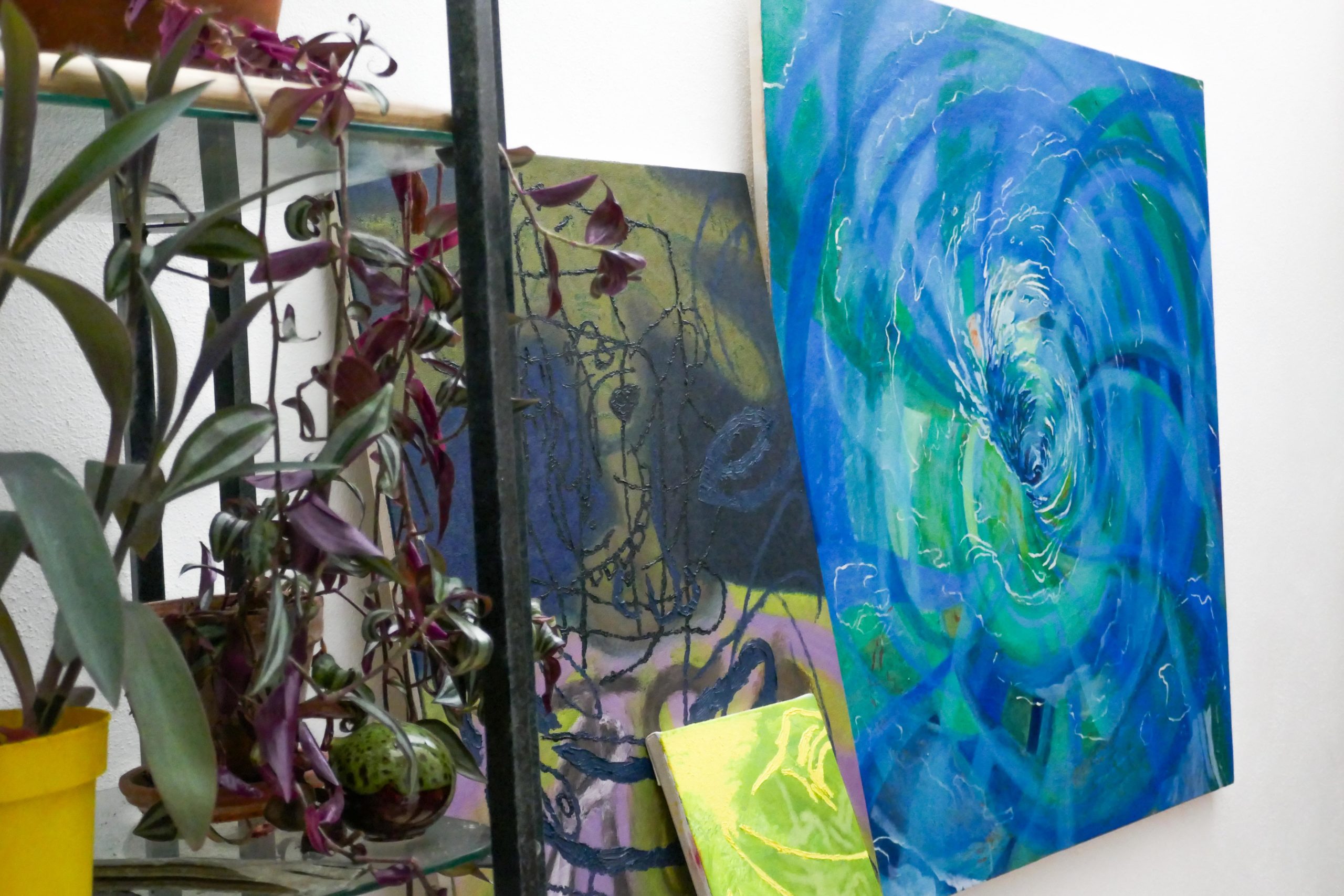 Are your works planned? What do you want people to take from your work when they view it?

Usually I see what materials I have and use that to start something, because that takes a bit of the pressure off starting new work. The works often fit into some sort of ‘series’ so I want people to see them together like the cast for a play. Not always all on stage at once, but happy to take a bow holding hands at the end. The way I title my work is a part of the documentation of experiences that I want to share with people. So in that sense, the storytelling element means I do have the audience in mind when I’m making. 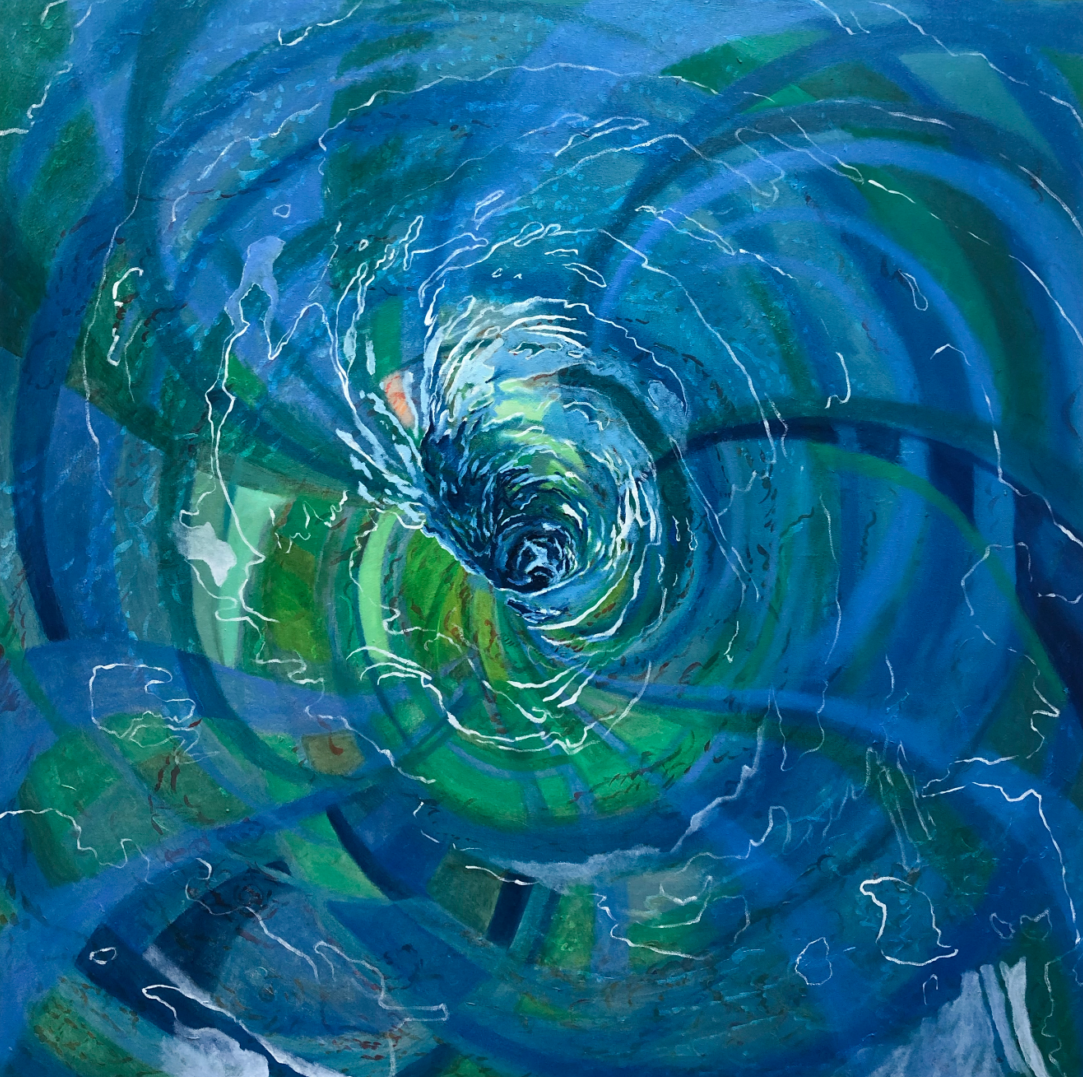 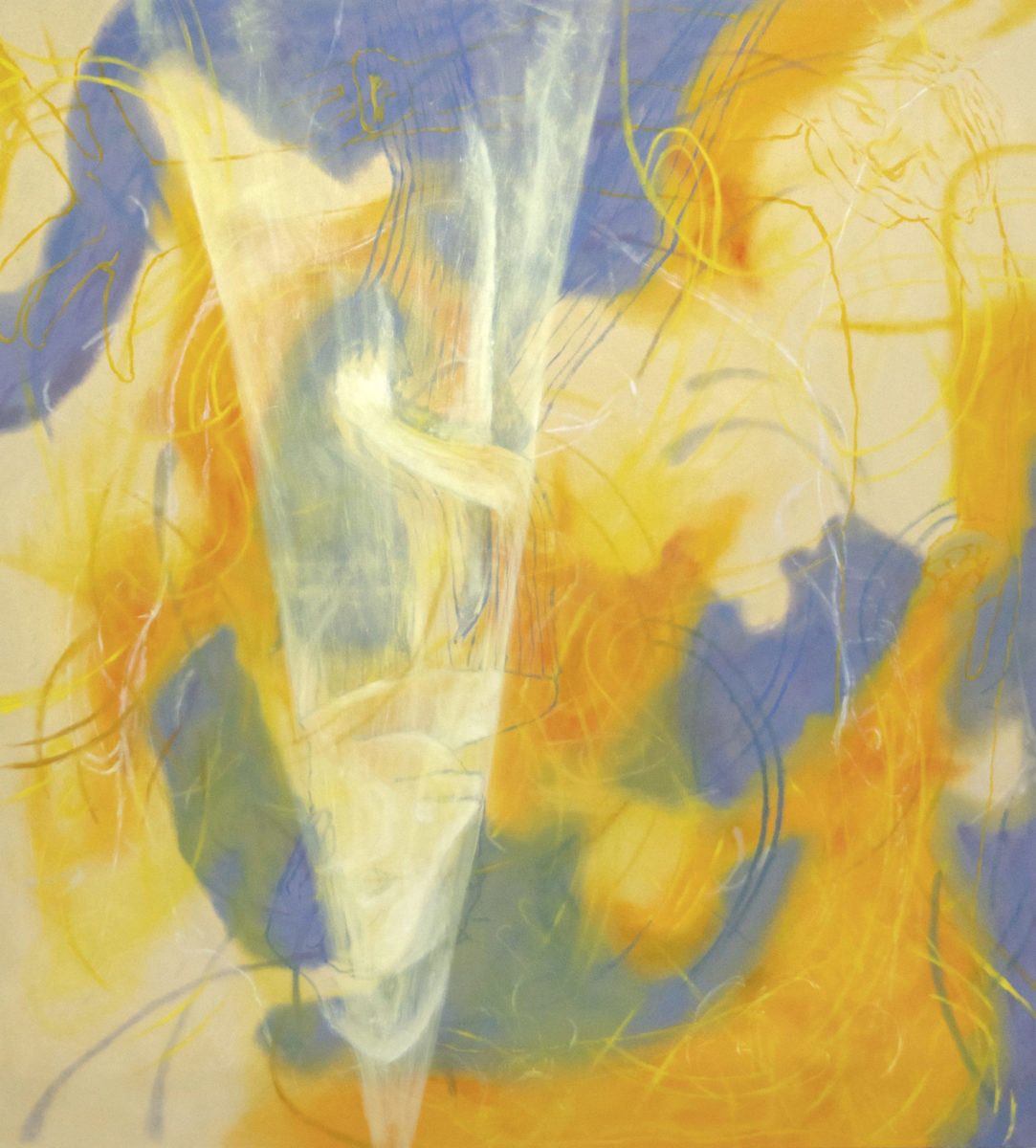 What event in your life have mobilized change in your practice/aesthetic?

Starting to work collaboratively with people, through performance using music and dance – and consequently bringing people together, opened up what I thought of as ‘making work’. It turns out that the time spent coordinating, researching, playing and talking with other people is all part of the work too. I am constantly trying to make work that is surprising to myself because I really don’t want to be able to predict what I am going to do next. I think the parameters to my work are often what materials I have available or space. I remember when I got a drill and I felt like I could do anything.

Tell us about the inspirations behind one of your pieces?

‘Frida’ is named after one of my dogs who is really unpredictable. She sometimes gets this thing called ‘wonky tail’ which means you shouldn’t try to talk to her because she’s really not in the mood. When you first look at the painting you might not recognise or see the line drawing of Frida the dog and human figure which is my mum, but they emerge if you spend some time with them. Their identities are revealed as fuller characters rather than just textures and it becomes an unconventional family portrait. I’m introducing them to you like how a host would introduce family members to a guest when they are first invited into their home; with some reserve because by the end of their stay, the guest will have formed their own observations of character. The painting speaks of acquaintance, fluency, relationships and comfort between layers of introversion and semi-transparency. 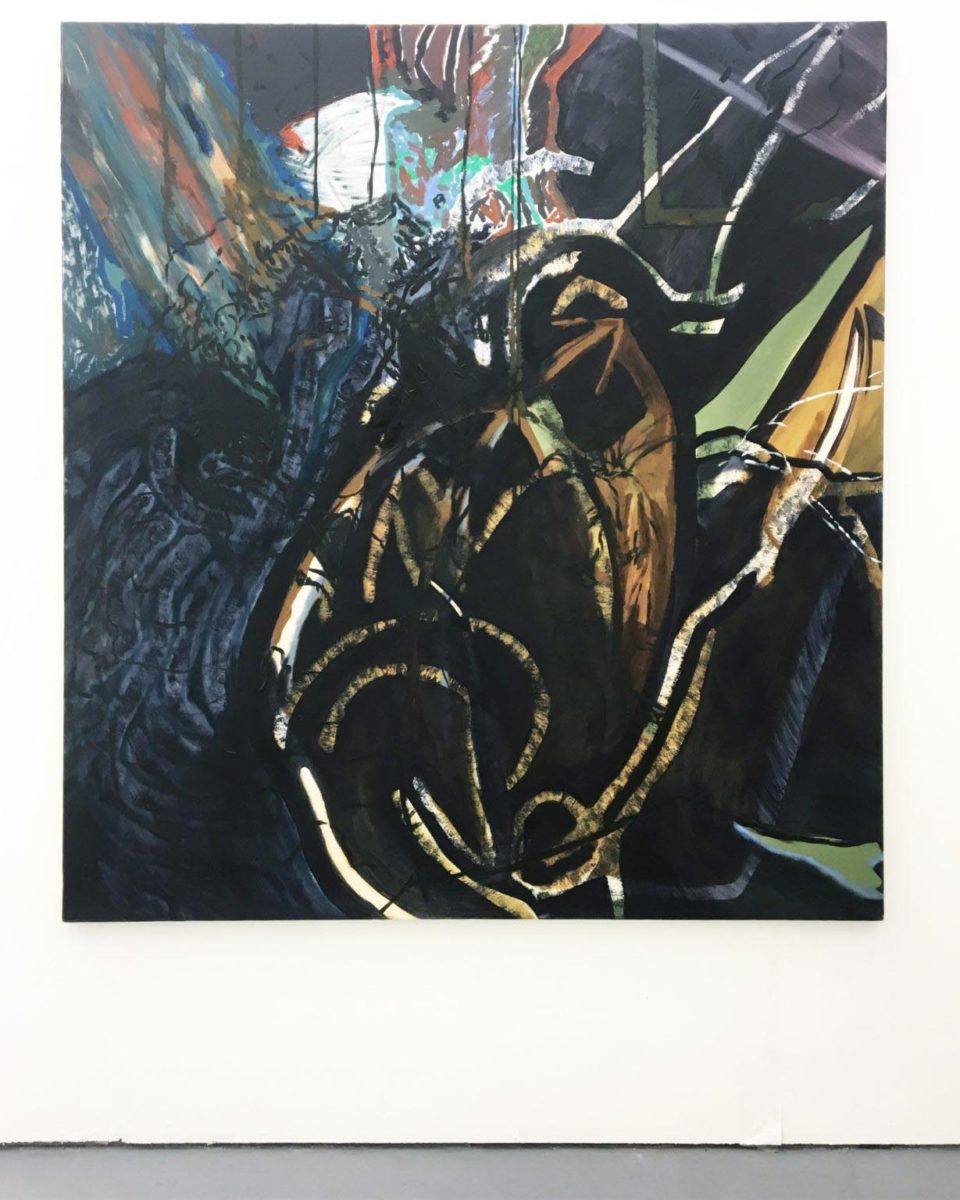